There’s only one Anemone that’s been bulletproof for us in East Texas. Years ago I was sauntering in the landscape of Alice Staub Liddell, a past-President of the Houston Garden Club of America.  There’s a garden named for her on the campus of Rice University.  Alice was a Houston socialite, philanthropist and friend.   She was a close friend of Lynn Lowrey and we actually travelled together for several weeks in the mountains of Mexico in the 1980s.  In her garden, I spotted an Anemone that Lynn had given her for safekeeping and I was quite impressed.  While I had long admired the species, I had trouble getting them to thrive in East Texas.  They would grow and flower but seemed to slowly decline over the years.  I asked if I could divide the plant and she said, yes, of course.  At SFA, the plant thrived and we passed it around here and there under her namesake.   I’ve concluded it’s quite heat tolerant.  I think it’s a hybrid and the official epithet would be Anemone X ‘Alice Staub’.

Taxonomically, Anemone × hybrida Paxton is normally considered a hybrid of Anemone hupehensis var. japonica and Anemone vitifolia, but, to be honest, I’m not sure from where ‘Alice Staub’ was originally derived nor it’s early history.  I do remember Alice remarking it was one of the only Anemones she had found to do well in Houston soils and climate.  There’s a clone that can be found in various mail order nurseries called ‘Alice’ and it may be the same.  It forms large mounds of dark green interesting foliage and features 2-inch pinkish blooms on stems to three feet.  It does run a bit cheerfully in the garden and appreciates morning sun. 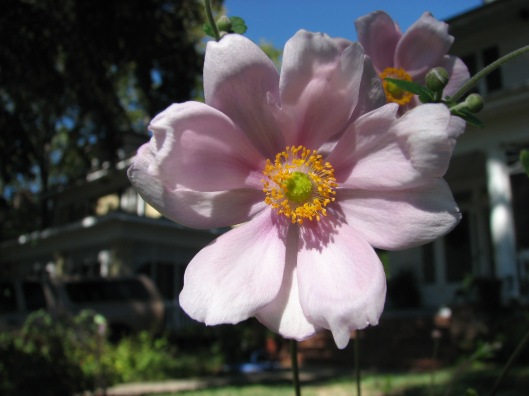 Time passed and over a decade ago I gave a few to Janet and they prospered at her home in Shreveport. Years later I wanted to propagate it and I couldn’t find the plant at the SFA Gardens.  I assumed it was extinct at SFA.  I asked Janet if I could divide her plants and she acquiesced just as long as I promised I would bring her back some plants.  I brought a bag of small plants back to SFA and remember turning them over to Dawn.  Dawn denies that.  She could be right.  Before I knew it, I was Anemoneless.  Janet never forgets anything and after some time began to ask, where are my plants?  I said they are in process.  Fortunately, Dawn finally recognized that my marriage was now in trouble.  She found the plant somewhere in the garden, propagated plenty and we were back in business.  The plant will be featured in the Spring 2018 plant sale and my marriage is back on track. 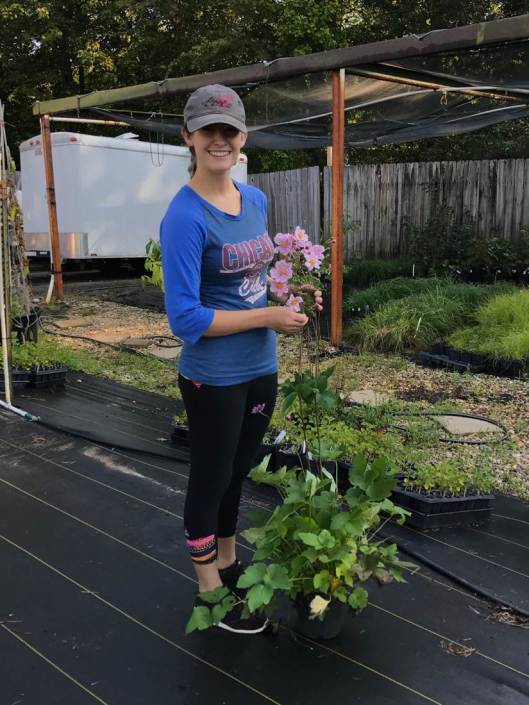 Anemones are interesting plants. There are over 200 species in the Ranunculaceae and they are generally native to temperate regions.   Robert Fortune introduced the plant to England in 1844 from China, where he reported it was often found planted around graves.  Anemone are appropriately called “wind flowers” as they sway on long stems in the slightest breeze.  Jeff Abt, who just retired as the garden writer for the Nacogdoches Daily Sentinel really liked this plant and recognized it as a fine perennial in one of his long ago columns.  Heidi Sheesley of TreeSearch Farms in Houston may be a sole nursery source and Heidi reports it’s the only Anemone that can perform in the heat and humidity of Houston.  Dawn has featured the plant in our SFA Gardens plant sales and she deserves kudos for resurrecting it and bringing it back into our Nacogdoches family.

5 thoughts on “To Anemone or not to be Anemone”