Prior to the 1950s, the only crape myrtles grown in the USA were primarily Lagerstroemia indica.  Crape myrtles are in the genus Lagerstroemia in the Lythraceae.  While there are over fifty species in the genus, two species make up most of our flowering varieties.  The second species made a very late entry into the USA.  In the 1950’s, John Creech of the US National Arboretum made his way to Japan looking for new and interesting plants.  He sent back seed in 1956 from the Japanese crepe myrtle, Lagerstroemia fauriei, a species that had never been grown in the USA before.  Five of these seedlings were planted at North Carolina State University on a spot that later became the JC Raulston Arboretum.  They are magnificent.    One of those seedlings exhibited an attractive upright form with interesting exfoliating bark and it was later named ‘Fantasy’.  Another tree there was named ‘Townhouse’.  They remain in the trade to this day.

The two old Lagerstroemia faureis in the JCR Arboretum, winter 2004

While these two trees have received fame and fortune and photographs have appeared in national magazines, there’s one other one that deserves attention.  It’s a plant along a bayou in Shreveport, Louisiana.  It’s history goes back to the 1950s and a seedling that Frank Akin or Sherwood Akin planted.  Exactly which brother planted the tree is still conjecture – and exactly how they got the seedling is another question lost in time and space.  I knew Sherwood well.  He had a nursery near Shreveport in a town called Sibley, Louisiana.  He was certainly the plantsman and yes, he communicated with folks all over the USA.  Every day Sherwood was on a mission to find a new plant for culture.  I  remember him saying he got the plant from the National Arboretum.  I don’t know if it was a seed or a seedling.  It doesn’t really matter.  It was planted in the mid to late 1950s.  Akins nursery still exists there on King’s Highway and the tree can be seen from afar.  Foster Cook is now the owner and years ago I suggested we propagate the plant and distribute it –  and he said sure.  I asked if he would give it a name.  He thought about it a bit and came up with a really nice name, ‘Bayou View’.  Perfect.  How big is the tree?  Well, the circumference tapes over 100″ at breast height and I’m unsure of the height.  It’s up there.   Is it the National Champ?  My Eastern brethren rarely mention the tree – gravitating to praise the lofty fellows at the USNA and at the JCR Arboretum.  ‘Bayou’ View doesn’t mind being ignored.  With it’s feet in the bayou, I’m sure it’s still growing. 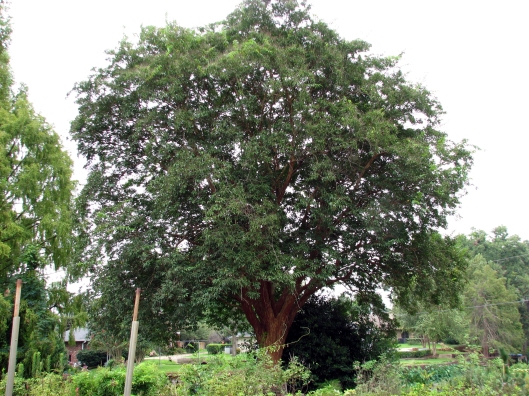 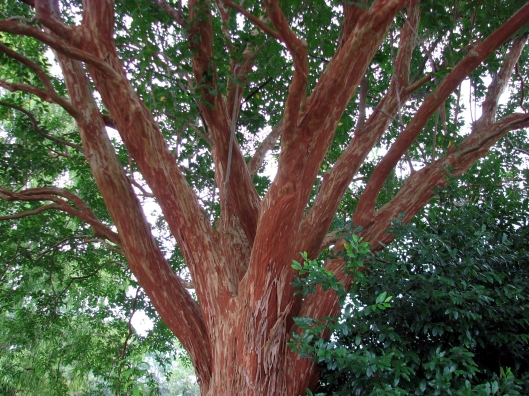 An Aristocrat in the Crape World

Over the years, I’ve visited the tree many times.  I’ve taken friends like Richard Olsen, the current Director of the US National Arboretum, and Todd Lasseigne, Director of the Tulsa Botanical Gardens to the tree.  They come away amazed.  It helps that my wife lives in Shreveport, Louisiana – and I spend plenty of time there. 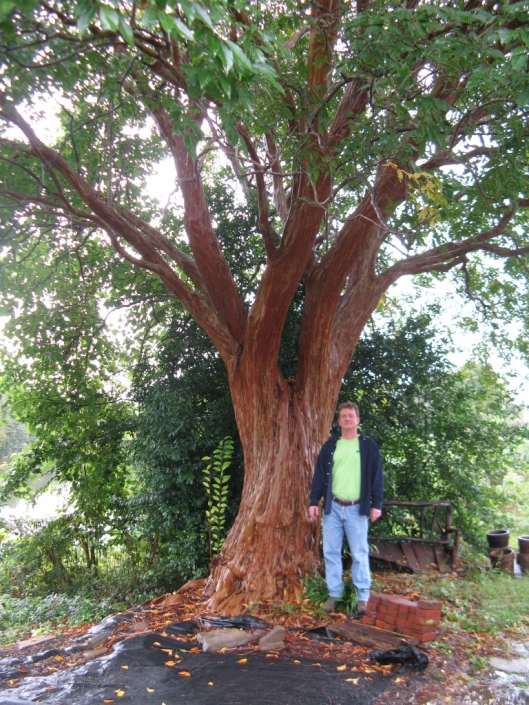 Foster Cook is the owner of Akin’s Nursery, Shreveport, Louisiana 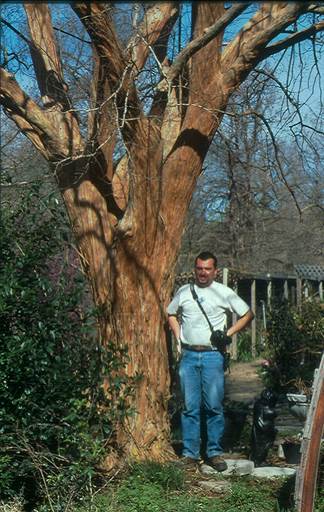 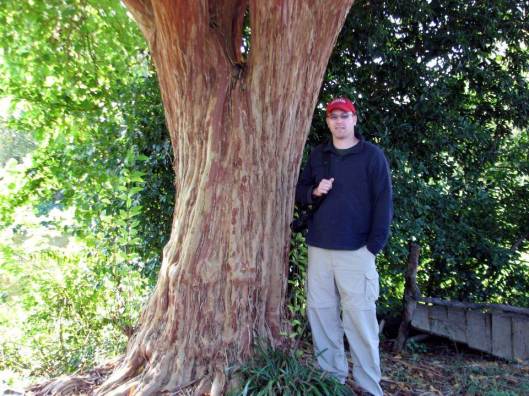 Richard Olsen, Director of the US National Arboretum in 2009

Crape myrtles typify the Deep South.  Native to Southeast Asia, crape myrtles were introduced to the United States more than 200 years ago. Records from Mount Vernon indicate in 1779 that seeds of crape myrtles made their way to the George Washington plantation. Many 100-year-old and older specimens still dot historic landscapes and abandoned properties from the Atlantic Ocean to Texas.  Lagerstroemia faurei is different.  It’s been an immigrant in the USA for about 60 years.  What these remarkable trees will look like in the future is difficult to say but in China we know of trees making their mark into the hundreds of years. 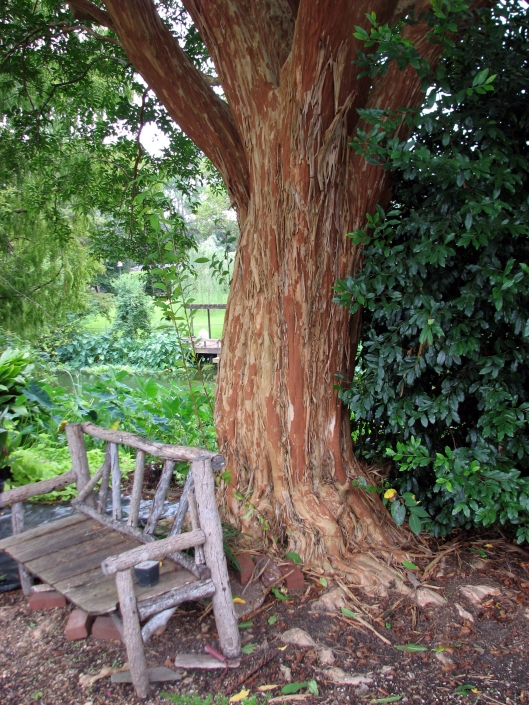 There’s one other rarely encountered L. faurei worth mentioning.  I first admired this plant near Woodlander’s, Aiken, SC.  It was in the nearby landscape of George Mitchell who worked at the nursery.  George was a native of Grenada and an enthusiastic plantsman and he let me take a few cuttings.  I brought them back to Texas, took some cuttings and scattered a few plants here and there as ‘Woodlanders Chocolate’, named for its very dark bark.  It was reported to me as a seedling of L. faurei and the flowers suggest that. Our original tree is quite impressive and I’ve long admired the  dark bark. 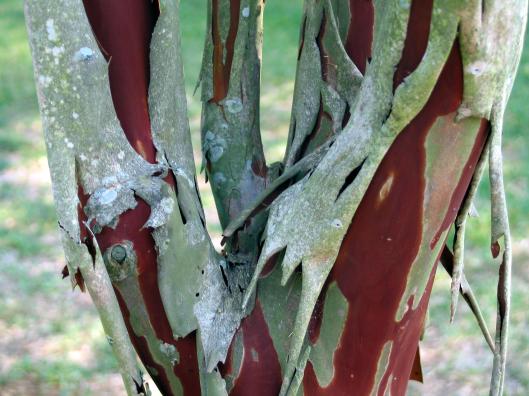 ‘Woodlanders Chocolate’ was found in the landscape of George Mitchell, Aiken, SC