Texas firewheel is an endangered species under the umbrella of the SFA Gardens conservation program.  The mantra of our program is something we call the three R’s.  Rescue, Research, and Reintroduction.  The Texas white firewheel makes its home in East Texas in sixteen occurrences.  Gaillardia aestivalis is yellow-flowered while var. winkleri is generally white with occasional lavender to  pinkish to maroon purple flowers.  While endangered the plant is quite garden worthy and there are great opportunities for selection. 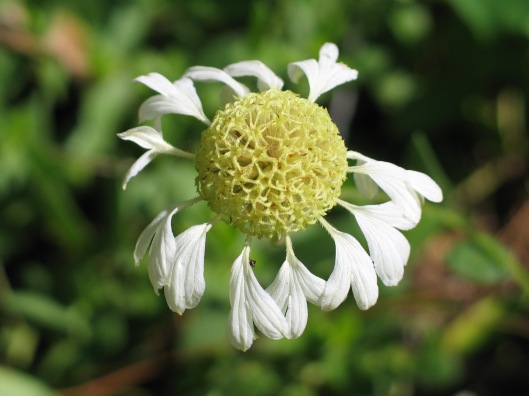 Global Range: G. aestivalis var. winkleri is found in only one county along the West Gulf Coastal Plain of East Texas.

An albino form of Gaillardia pulchella was described in 1914 by Cockerell. In a “Revision of the Genus Gaillardia” by Susan Fry Biddulph a paragraph was devoted to the white Gaillardia growing in Hardin County, Texas. Plant material was sent to her by V. L. Cory and P. A. Winkler, a landscape gardener and botanist both of Beaumont, Texas. Biddulph grew this plant in her garden and the rays and disks were pure white. She states that, “Because G. lutea has also been collected in Hardin County, Texas, the ‘white Gaillardia‘ may be only an albino form of that species” (Turner 1979).

In October, 1945, in another nearby locality the white showed a different aspect in this locality which is a tributary of Village Creek, two and one-half miles west of Silsbee, and five miles north of the other localities. Most of the plants bore white flowers (Cory 49879) but in one limited locality there were several plants with predominantly pink rays (Cory 49885).

Since Cory’s description of the variety, at least four additional collections, all from Hardin County in the vicinity of Silsbee along Village Creek have been made (Correll 31999, LL. Correll & Correll 36011, LL; Turner 9233, TEX; and Watson 1513, TEX).

‘Grape Sensation’ is a Dawn Stover introduction from SFA Gardens, a color form featuring purple petals.  It has enjoyed some modest success in the trade and is reproduced by cuttings (softwood cuttings under mist in June). 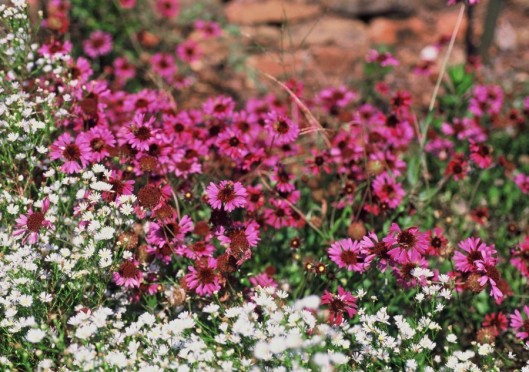 In fact, there’s really great opportunity to create a spectrum of petal colors.  At the Pineywoods Native Plant Center we find many seedlings featuring a range of petal colors. 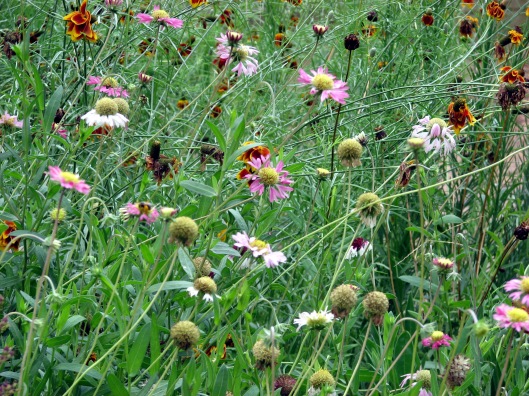 Grogg, Cathy. 1989. How to Establish a Coordinate Locating System.  The Public Garden – the Journal of the American Association of Botanical Gardens and Arboreta (4)3: 28-31.