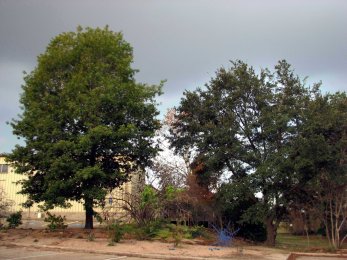 Two years after establishment the tree endured the record Dec 23 1989 -18oC (0oF) hard freeze.   The tree never blinked.  Keep in mind that this was back when the Mexico oaks were relatively untested in Texas and parts north and there was an assumption that they might not be able to deal with our colder clime.  Not so. In fact, the loquat-leaved oak does quite well in states to our north particularly if established a few years in the ground.  Our big tree was hit with two hurricanes in 2005 (Rita) and 2008 (Ike).  Record heat and drought in 2010 and 2011, the worst on record, didn’t faze the tree.  Through all this, the tree has never missed a beat.  Evergreen in our climate, the thick, rough leathery leaves are dark green and glabrous, 6-22 cm. (2–8.2 in.) long, elliptical to oboval-lanceolate.  New growth varies from copper to salmon color and old leaves are shed quickly in late winter or early spring.  The tree has never been affected by tent caterpillars, which have occasionally ravaged the nearby native oaks in the garden and on our campus. 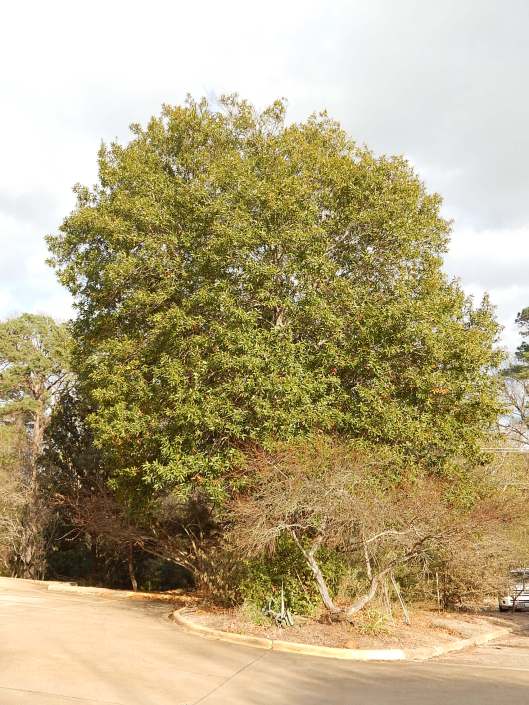 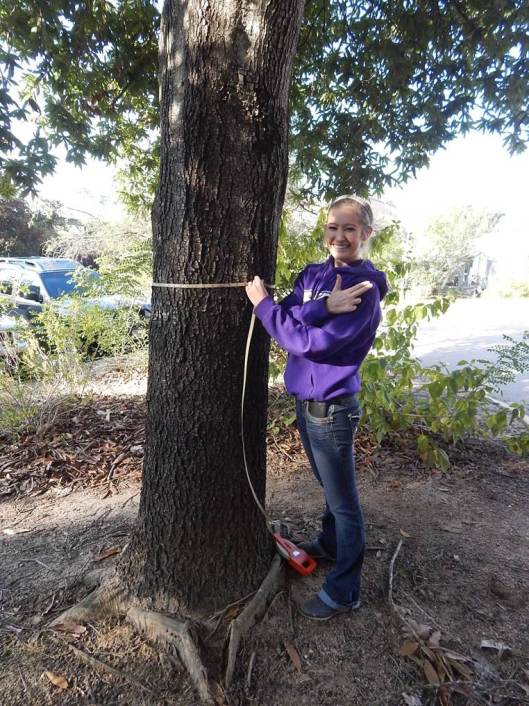 Sarah Weatherform measuring our big Q. rysophylla at SFA Gardens (20.2″ dbh)A visit (12-31-2016) to Peckerwood, Hempstead, TX, let me hug the big Q. rysophylla there and while I didn’t get a measurement, we think it’s the National Champ.  UPDATE:  This tree died in 2022, drainage related is the thinking, and we believe the SFA Tree is now the national champ – but will measure a tree at Trinity University to make sure. 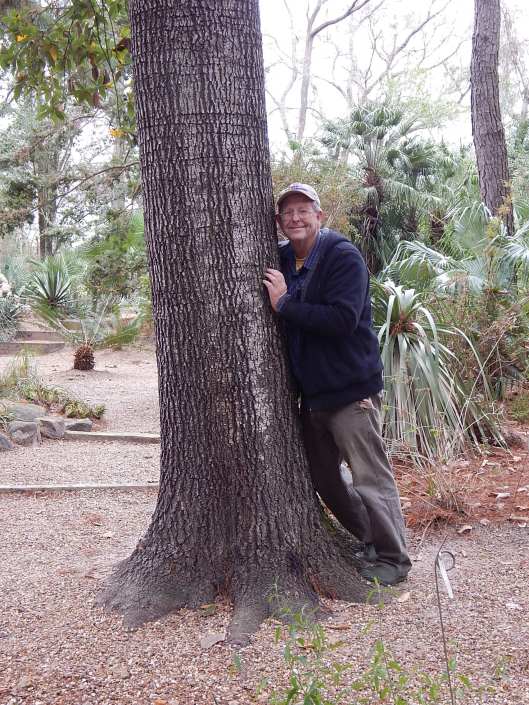 Native to Nuevo Leon, Tamaulipas, and San Luis Potisi, this species is usually encountered in the mountains at mid to lower elevations.  A tall tree, this species can reach over 25 m. (82 ft.) in height.   Acorns are small, 1–1.5 cm. (.4 to .6 in.) long, pointed, in singles to several on a stout peduncle with the cup enclosing about 1/3 to ½ of the nut.  In our region, the tree performs best in a well-drained soil and full sun.  While often spelled rhysopylla or risophylla, we have chosen to reflect the original spelling by Weatherby (Weatherby, 1910), Q. rysophylla.

Acorns germinate readily and in our garden seedlings are usually true to type, although occasional hybrids are found; these are easy to segregate after the first year.  One particular seedling selected for nice form and branching from a batch years ago was planted along LaNana creek  and is very dark green. 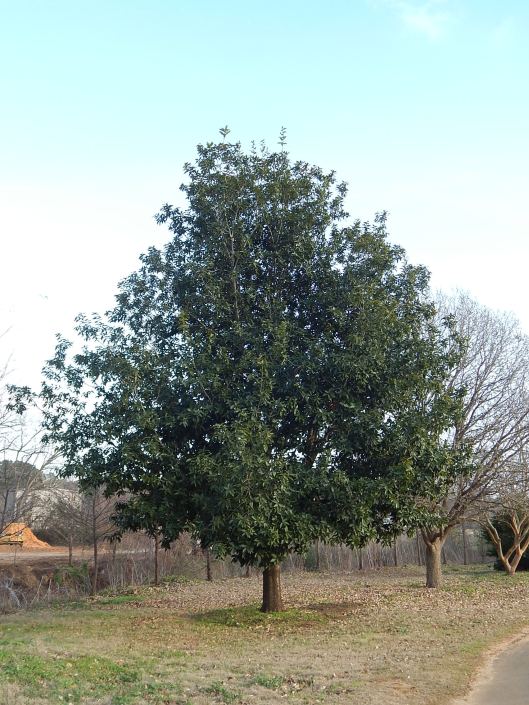 A seedling from our large tree selected for good form, branching and dark leaves – after a 17 degree F event